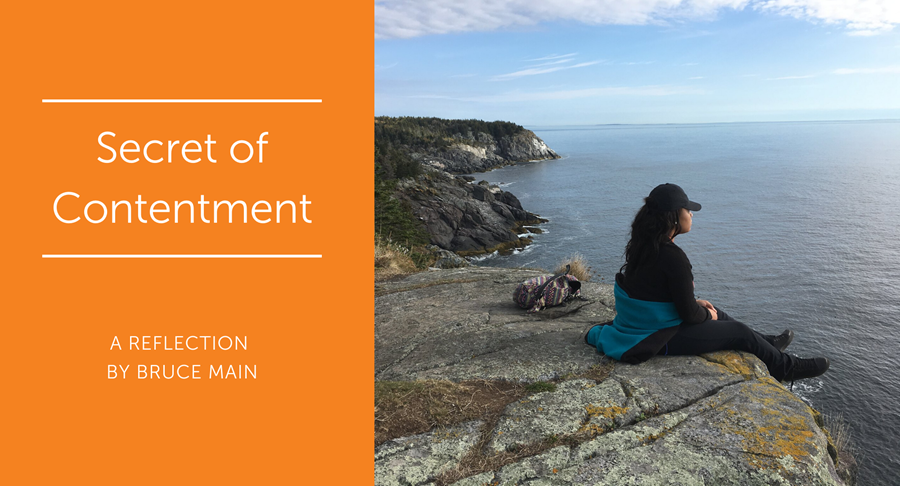 Author AJ Jacobs describes himself as “petty and annoyed”. He’s forgetful of the 300 things that go right everyday and focuses on the 3 things that go wrong. This self-avowed curmudgeon decided he wanted to become a better person—to learn to be more content and grateful. But how?  He decides to take a “gratitude journey.”

This gratitude journey began by thanking everyone involved in producing his morning cup of coffee. Everyone! You see, the act of noticing is the first act of gratitude.

So Jacobs intentionally thanks the barista who rings him up at his local shop, finds the guy who roasts the beans...and thanks him. He calls an artist in Seattle who designed the lid for his cup. Thank You! He tracks down truck drivers and the warehouse workers, the people who pick the beans in Columbia, and the customs workers who guard the borders. Thank You!

Of course the workers are bewildered. They’ve never been thanked. Jacobs even drives out of New York City to the Catskill Mountains and thanks those who guard the watershed. 99.9 % of our coffee is water after all. Every Thank You on his journey turns into a story. New relationships are formed. A deeper appreciation is developed for each person’s role in his coffee supply chain.

By the time Jacob finishes his “gratitude tour”, 1000 people have been thanked. Crazy to consider: A thousand people involved in creating his morning cup of coffee! In retrospect he finds himself embarrassed for complaining about paying $2.57 a cup.

Years before AJ Jacobs ever thought about gratitude, the Apostle Paul was eloquently suggesting that he had discovered a “secret”—a secret possessing the power to transform a life.

“I have learned the secret of being content in EVERY and ANY situation,” he wrote.

Some of us might have reacted defensively to Paul’s claim. “Wait a minute,” we refute. “Paul doesn’t know what’s going on. He’s an ivory tower theologian who is detached from reality.”

Not so. Paul writes these words from a Roman jail—a rather hideous place.  Literally holes in the ground where one’s family had to provide food to stay alive.

So from this hellish place, Paul writes to ordinary, working class folk with no health care or 401ks.  He has learned an important secret: Contentment. An audacious claim isn’t it?

Paul challenges us to consider a truth: contentment is a state of being independent from our possessions and circumstances.

Deep down most of us know this to be true. We have met people living in bitter poverty...yet they are full of joy. We’ve known people who have suffered tremendously, yet still forgive and love. We know people who give the shirt off their back, because their needs are secondary to others. History is sprinkled with people who transcend their circumstances to discover the secret of contentment.

We don’t know the full economic implications of this pandemic yet, but many of us are already living with less—less food choices, less mobility, less accessibility to service, less savings, less toilet paper.....

As we move into this unknown territory of “less”, the question for each of us is—will we rise to the spiritual challenge Paul places before us?  Contentment is liberating. It’s a gift. It’s a secret worth discovering.