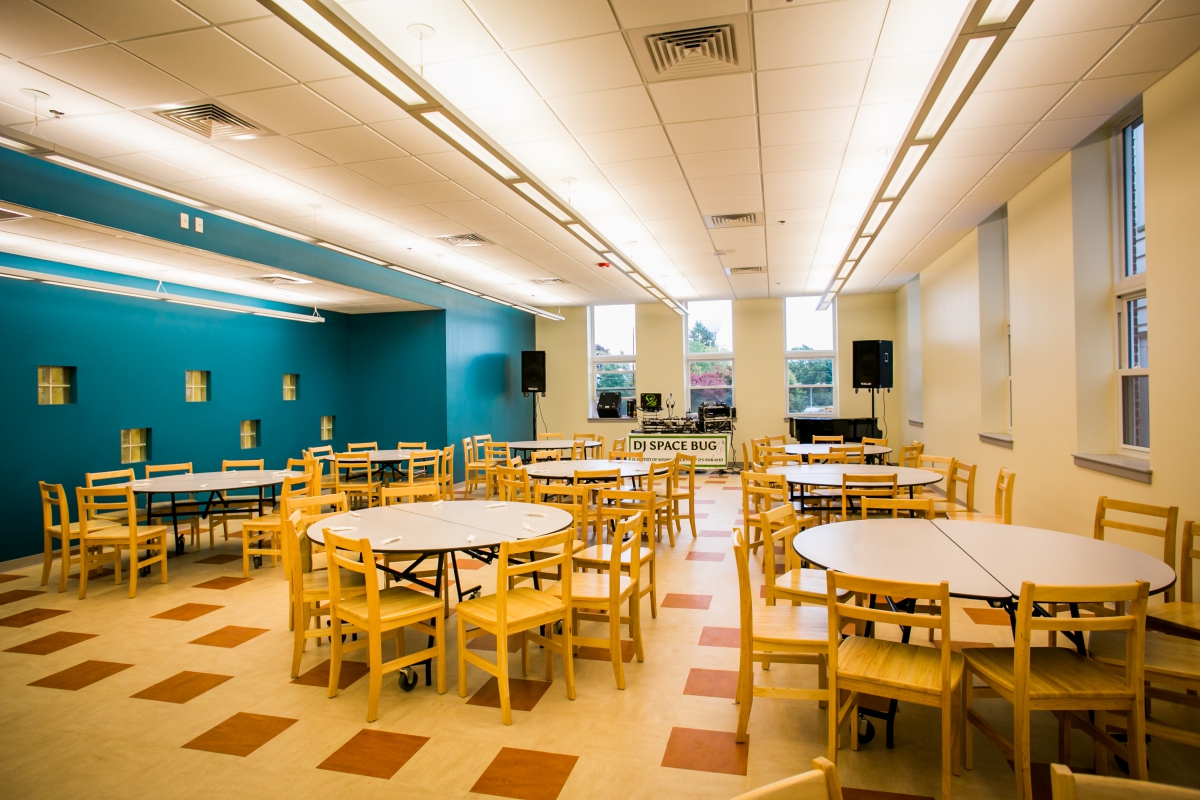 On September 29th, a brand new cafeteria was filled with wide-eyed elementary school students wearing party hats to celebrate the newly renovated Spirit Building on UrbanPromise’s campus. A long-time vision of the Camden non-profit is coming to fruition with their full-service kitchen and cafeteria; starting this week children in their programs will have access to healthy meals and snacks on a daily basis.

In cities like Camden, children and teens often lack access to healthy meals. Key findings in an obesity study by the Robert Wood Johnson Foundation demonstrated that  most Camden children do not consume the recommended amount of vegetables, but frequently consume high salt, high sugar foods. Parents reported limited availability of fresh produce and low-fat items in local stores.

“Nutritious food is critical to the healthy growth and development of children and teens,” explained UrbanPromise’s Executive Director, Jodina Hicks. “When families who already struggle to make ends meet have limited access to healthy foods, many simply cannot provide the balanced diet their children need. We are grateful for the opportunity to provide health meals and snacks that promote learning and growth for our students.” 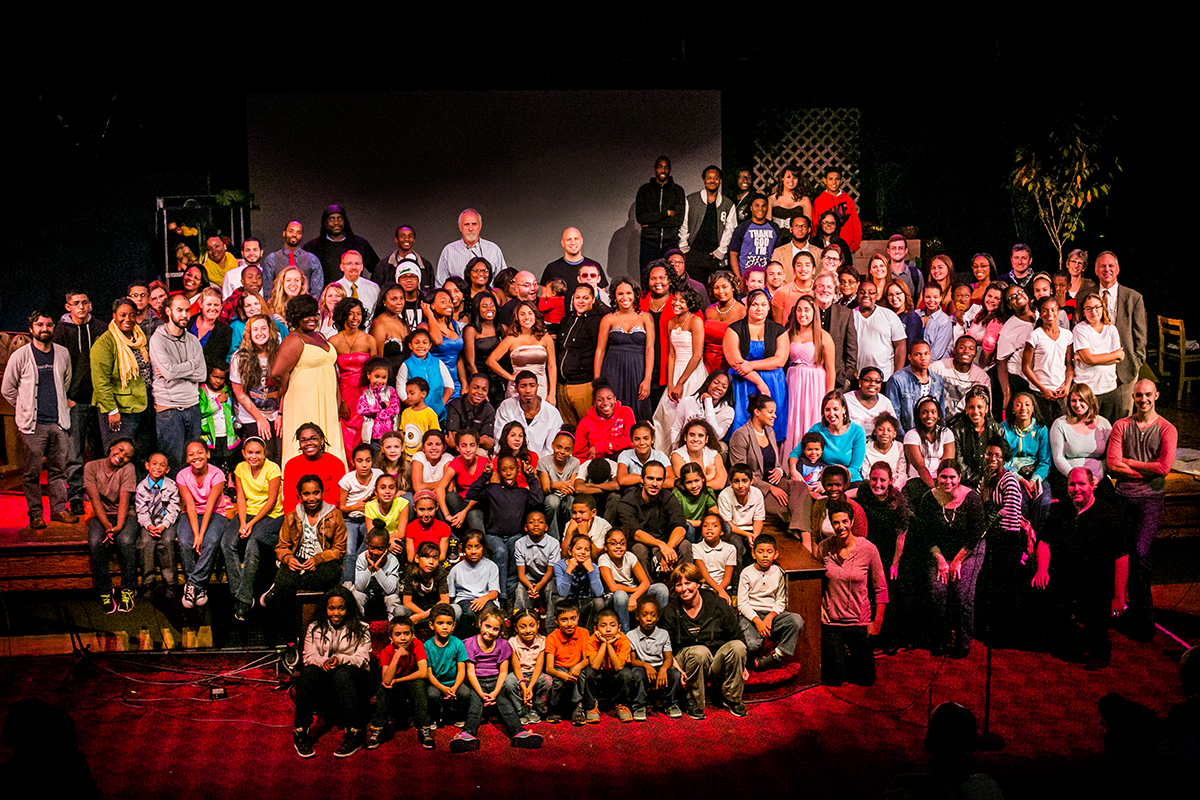 I have so many highlights from the banquet last Thursday night - the opening prayer by the 4th graders, the delicious mashed potatoes, and the remarkable testimonies from our young people are just a few. The four little girls playing "paddy-cake" while singing their song warmed my heart, as did the children's choir (and their big personalities). Presenting our values of faith, community, holistic, and innovation gave our guests an insight into our organizational culture.

But the real story was what happened in the dining hall while we were in the theatre—it’s the testimony that none of us witnessed. It’s easy to talk about values. It's easy to showcase our good work on a stage in front of hundreds of people. The real challenge is to live values.

Left with the daunting task of restoring the ballroom to its original splendor, our operations director Charlie Koerwer assembled a team of staff and youth to get the job done. It's a thankless task. But just as we do our own cooking, serving, and set-up, we also handle the break down and clean up.

I received several emails about the banquet this morning, but Charlie’s was my favorite:

“I can't tell you how thrilled I was to see our youth come together under the leadership of our teachers and others to clean up the banquet facility,” he wrote. “Cleaning 60 tables, stacking chairs, rolling tables, dumping liquids, scraping dishes, carrying glassware down steps (that made me cringe a bit) and getting it done in 2 hours was incredible...the energy in the room was amazing. Last nights' clean up effort was truly a highlight of my UrbanPromise experience. To see the youth and their leaders pull together for a not so fun job only increases my enthusiasm for what UrbanPromise does and can accomplish."

While we watched a wonderful program, our staff and youth feverishly worked out of the limelight. They worked as a community. They served because of their faith. They innovated ways to get the job done. Values were lived!

What you saw on stage and what Charlie experienced downstairs happened because of you. Sponsors, partners, donors, and volunteers impact our work tremendously. Whether you give $30 a month or $10,000 a year, your contribution allows UrbanPromise to exist. Thank you.  If you haven’t already done so, I ask that you make a pledge today. Your investment allows our values to transmit to more children and families.

Together we are making a difference. 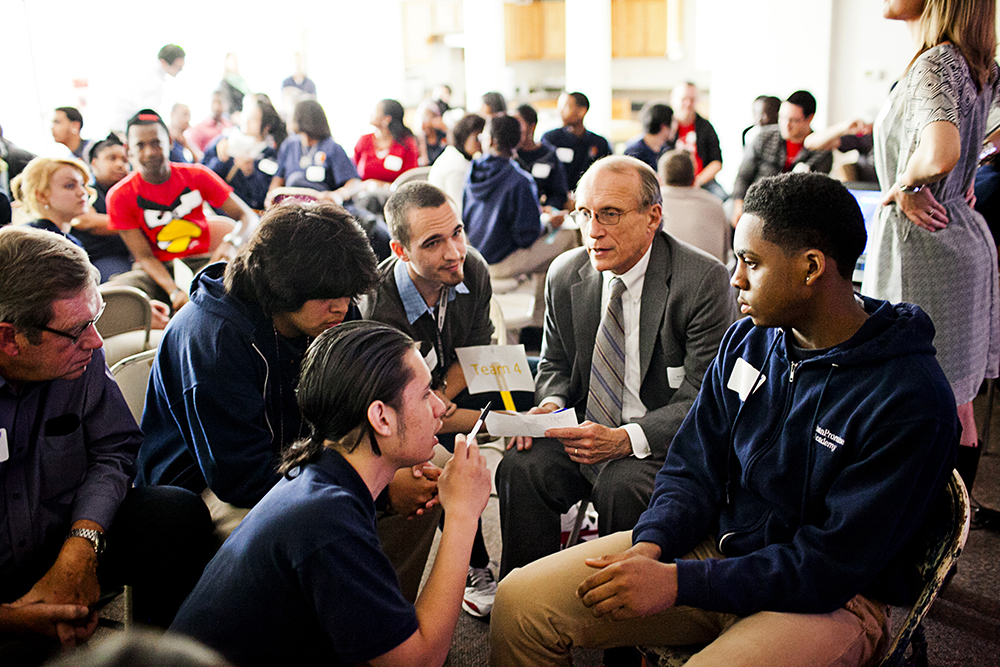 “I want to help that guy let go of his unrealistic expectations and prepare for a college where he could actually play.” Bob Lehman pointed emphatically at Thomas as he answered my question; I had just asked him what he wanted to do at UrbanPromise as he prepared to retire from a 42-year career at Archer & Greiner.

Thomas has been at UrbanPromise since he was five years old, first in afterschool programs and then at the CamdenForward School. His brother was a neighborhood teen when we started UrbanPromise; his cousin was one of our first UrbanPromise Academy students. Both had very

challenging childhoods and went the way of the streets. Thomas himself teetered at times and made a reputation for himself, which wasn’t all good. “Attitude” was the most common word used to describe him, even by his peers.

But he had a mother who was adamant that he would stick with school and have a better chance at life. He had a K-8 principal at UrbanPromise (Denise Baker) who cried, prayed, prodded, and checked in with Thomas every day after meeting him when he was in the 5th grade. And now he had Bob, a cut and dry attorney who comes across as gruff and stoic, but has a heart of gold.

“He needs to get real,” said Lehman. “He’s not going to the NBA or a D-1 school, but he could go to college, get a degree, and play college ball. That’s what I want to spend my time on.”

Six months later, two SAT tests, an application, one FAFSA form, and multiple financial aid forms complete, Bob was glowing like a proud parent. Thomas had found a four-year college where the coach had interest in him and had been admitted. “I’m so glad this is settling down.  I need to get my sleep; Thomas’ constant texting is keeping me up too late,” he said with a smile.

It wasn’t that simple, though.  The college bill – even after the loans and grants were applied – was prohibitive.  Once again, Bob went into action researching options, meeting with UrbanPromise’s college advisor, and looking into scholarship opportunities. 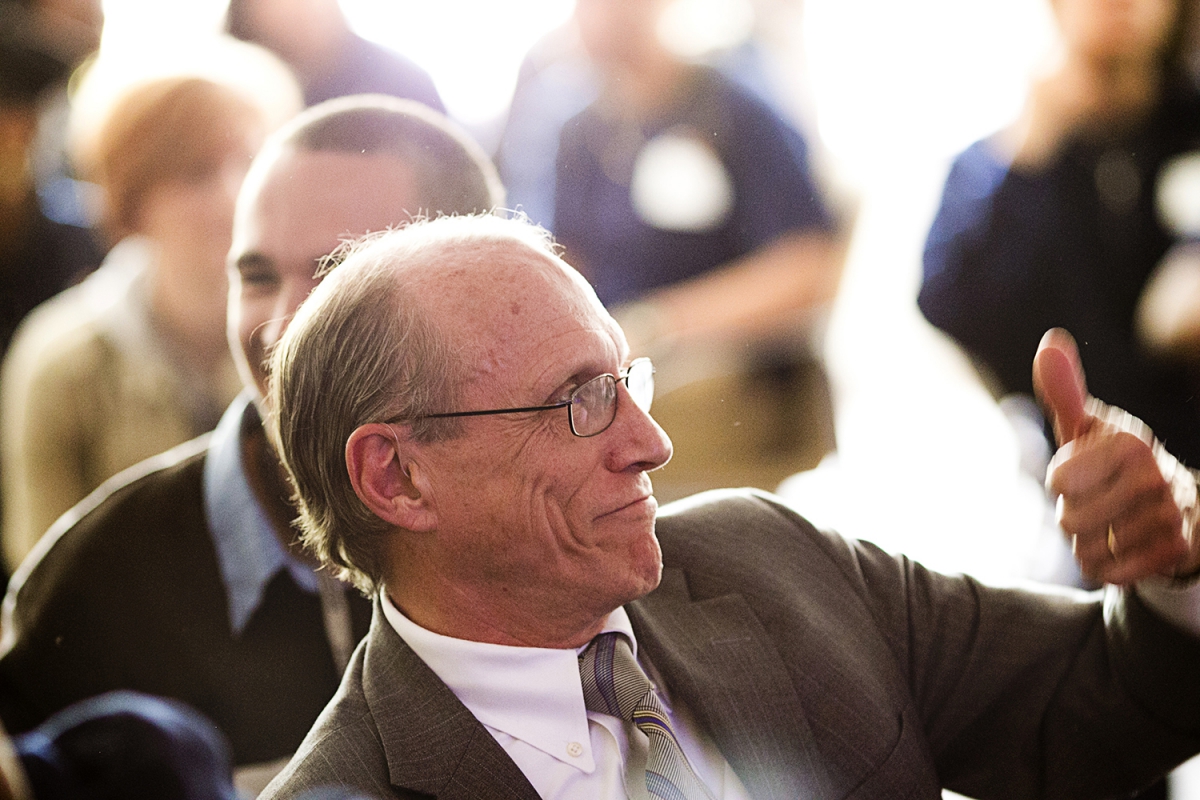 Two weeks ago, Thomas started college. He loves it. He’s coming home next weekend to see his family, including “Mr. Bob.” They have a Chick-Fil-A date scheduled.

In September, 180 students started school with UrbanPromise; 400 children and 80 teens will start after-school programs.  Amongst them will be many more Thomases, in need of the peer support, mentorship, and care that UrbanPromise offers.

Your support allows UrbanPromise to be a holistic community committed to providing innovative programs, scholarship support, wellness counseling, and most importantly loving, caring adults who are spurred on by their faith to invest in the most important things in life – our youth.

I hope you’ll make a gift this fall to help us continue our back to school efforts.