Teens give back through serving the community

Make a donation to support a future community service project

Alex de Leon, 16, quickly dropped to his knees, hitting rocky ground and wincing. He ignored the bruises and reached out a hand to claw back the dirt and grass. 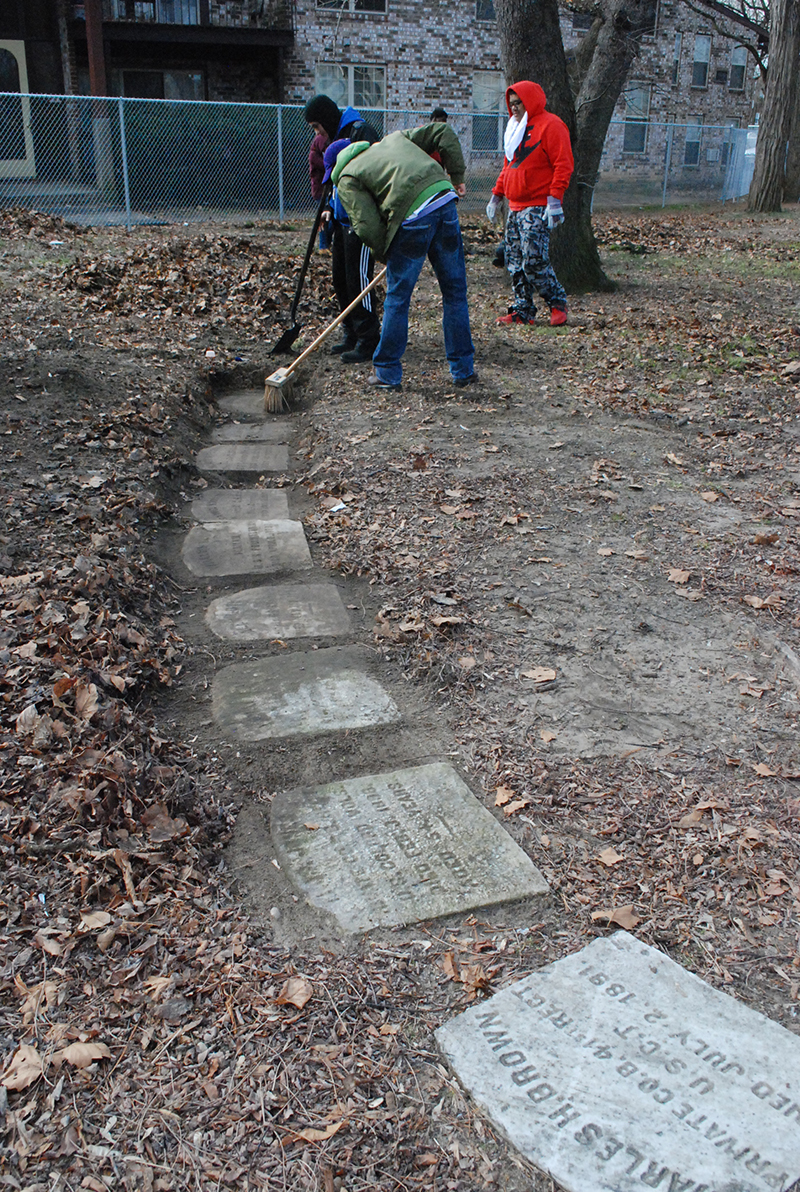 What had caught Alex’s eye was a quarter-sized piece of white marble buried beneath the detritus. With each swipe of his hand the small circle grew…as did Alex’s excitement.

“Ms. Hicks,” he called, “Come here, quick! I found another one. A headstone!”

Jodina Hicks, UrbanPromise’s Executive Director, quickly stepped over to Alex and peered over his shoulder. Sure enough, Alex had uncovered the grave marker of another forgotten soldier who had served valiantly in the Civil War.

It was UrbanPromise’s annual Martin Luther King Jr. Day of Service, and a small group of our high school students had been deployed to Johnson Cemetery—a stone’s throw from our campus. Their assignment was to pick up bottles, syringes, and trash. Never did the students expect to uncover the remnants of history.

Johnson Cemetery has a remarkable and tragic story that begins as a sacred burial ground for US military that served in the Civil War and includes the dark chapter of our city’s urban decay , neglect and consequent disregard for the brave men of a century ago. The forgotten, once proud cemetery is the final resting place of more than one-third of New Jersey’s African American soldiers who fought in the 54th Regiment during the Civil War, popularized in the movie Glory. During the ‘70s and ‘80s, the hallowed ground suffered along with the disappearing economic base of Camden. Camden’s eroded budget for parks and community services left no money—or interest—for maintaining a dilapidated cemetery.

Worse still, and for reasons unrecorded, city workers were told to remove the headstones one year. They were ground into gravel and used to fortify the cement that would build retaining walls along the Delaware River. Over time, the grass grew and local drunks drifted into the cemetery, which became their sad drinking oasis. The graves of our fallen soldiers had been desecrated. “I’ve often walked by here,” noted one student as she raked through the broken slabs. “I never noticed that this was a cemetery.”

Luckily, the story doesn’t end there—there is a new chapter unfolding for this humble parcel of land.

UrbanPromise students are committed to restoring the cemetery and honor to those who rest there.  They have adopted Johnson Cemetery as their own Memory Park. Monthly, the students volunteer to clean the remaining headstones, uncover newly discovered ones, and generally maintain the property. Importantly, the students learn about the men who gave their lives to help emancipate our country’s slaves, and herald a new era of freedom.

“I was brought to tears on our first clean-up,” shared a student. “The heroic dead were teaching this new generation a lesson…of history and respect for people and to always practice compassion.”

The Johnson Cemetery Project is part of a broader UrbanPromise vision. It is a teaching tool that evokes civic responsibility and pride, and consequent service to one’s own community. This sense of civic responsibility extends to other projects, including monthly visits to the elderly, feeding the homeless, cleaning up waterways in the city, volunteering at the South Jersey Food Bank, and serving as tutors for younger children, to name a few.

I am so proud of these young people. And I’m sure you are, too. But—and of course there is always a but—each of these service projects costs money: money for transportation, staff time, and equipment.

That’s why I am looking for friends of UrbanPromise to underwrite a future service project. Not only will our community be positively impacted through volunteer service, but our young people will be transformed in their formative years through their experience of giving back to their community.

Please consider underwriting one to help us with our projects! I look forward to hearing from you.

P.S. Please enjoy below a reflection one of our students shared with me recently. 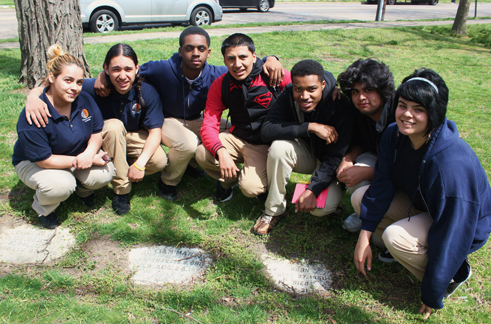 Johnson Cemetery is a special place. It honors the people who’ve come before us. It is a part of African American history.  These are our first soldiers.  And buried there is the first black police officer in Camden.  People who have made a difference in this country even when they weren’t being granted the same rights as others. People who, if it weren’t for them, we wouldn’t be where we are today.

Now we have an opportunity to make a difference for them.  And we will continue to go back each month until it’s noticed, until it is respected.  We do it to acknowledge and honor these men and women who have come before us.  People who have made a way for us to be where we are today.