Learning to Ride by Chris Williams 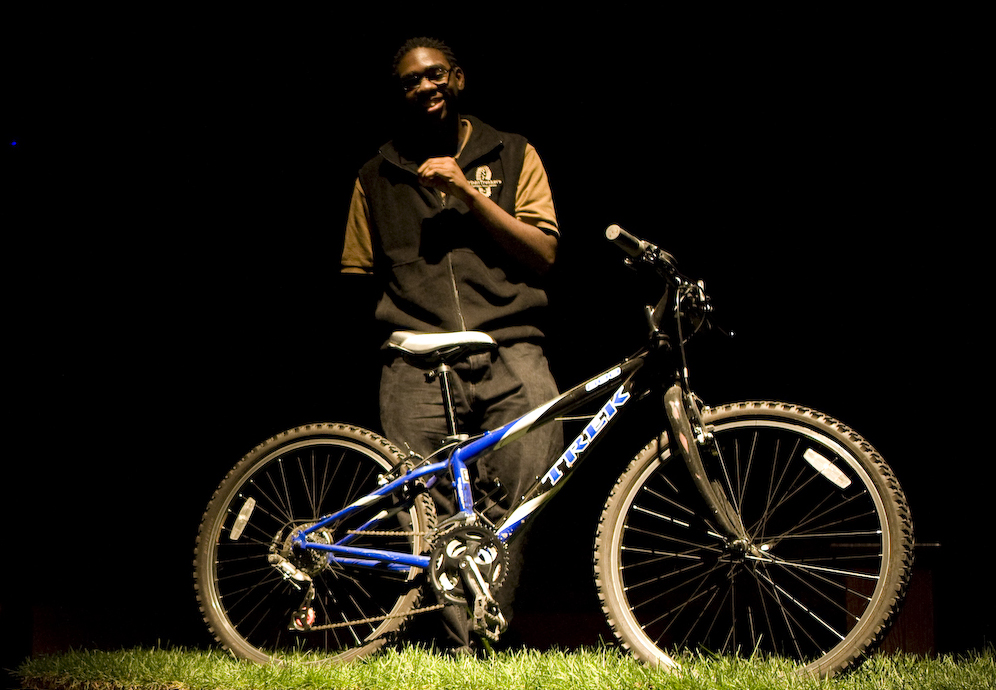 I'm Chris.  I've been attending UrbanPromise Academy in Camden, New Jersey since the 9th grade and I'm an UrbanTrekker.

It was definitely the right choice for me.  You see, I am a nerd.  And I like to joke around...and not everyone likes that.  And if I'd of gone to the public high schools - I know I'da come home with a black eye.

But not at UrbanPromise - it's a different kind of place.  I heard about UrbanTrekkers at freshman orientation.  What I heard at the time was that there was this great program...and it was free...and that there was this cool vest you might get - so I figured I'd give it a try and I'm glad I did - since then I've been to Maine, Mexico, Assatique Island, Cape May, New Hampshire.  I've been all over the place.  And last year I rode a bike 41 miles from Rowen University to Ocean City as a part of Pedal for Promise.

You see, freshman year I lied.   I told Mr. C that I couldn't do Pedal for Promise, a long 50 mile bike ride event, because I had family plans that day. But really I didn't go because I didn't know how to ride a bike.  I never had a bike - so I never learned how to ride.  But the thing is, that year, I also gave Mr. C my word - I told him 'next year, Mr. C, I'll be there.'  And it's a personal rule of mine, that if I tell someone I'm going to do something - I'm going to do it.  Or at least I'm going to do everything I can to make it happen.  And so I did.

'Next year' came quick.  With just 2 weeks before the big ride I fessed up - I came to Mr. C and told him I didn't know how to ride a bike but that I promised I'd ride with everyone else and I was determined to do so, he didn't let me down.  He got me a bike, and off I went.  With his help, I learned how to ride a bike right there on Rudderow Avenue in front of UrbanPromise.

In 8 days I learned to ride a bike, it just clicked - which was just in time because on the 9th day it was time for 50 long miles.

In just over a week I went from falling off my bike to riding 50 miles!  Well, 41 miles.  It was tiring, but it was satisfying.  I mean, I was sore for weeks, but I was also proud.  I even got to ride in the front of the pack for a while - until I kept swerving (and not on purpose) so they made me get behind and follow - but it was definitely worth it.

I just have 2 words of advice for anyone thinking of doing this kind of thing...First, don't overeat.  My idea was to eat a whole bunch of bananas and oranges for energy - but too many is...well...too many.  And secondly - Have at least 9 days of practice - b/c I only had 8 - and with 9 days of practice I'm sure I would have been good for the full 50 miles.  There's always next year.